Accidental Successes Are Mistakes You Can Profit From

Everyone knows you can learn from your mistakes, and what are accidental successes but mistakes gone right. The success of this year’s Make Music Pasadena was no accident, but it came in no small part from hard-earned lessons we learned from our mistakes in the past, however we have also made the most of our serendipitous successes. One year, Old Pasadena could not get permits to set up a stage on a popular cross street, so we had to make use of our Memorial Park Levitt Stage. The result was much more control over audience movement through town which benefitted all of our Off Colorado merchants. A near whoops turned into an overwhelming wahoo! And we have used that tactic ever since to the delight of our family audiences who love spreading out on the grass.

By all accounts, this year’s Make Music Pasadena was a stunning success. Tens of thousands of new visitors came into town. The bands had fun. The visitors had fun. Even our merchants had fun. They sold food and drink. They welcomed shoppers into their stores they might never have encountered had it not been for the event. Even visitors who had been here before saw the town in an entirely different light… literally. “I don’t believe how different this place is during the day,” I heard more than once. And… “Look how clean it is.” All in all they all went home with a positive impression. 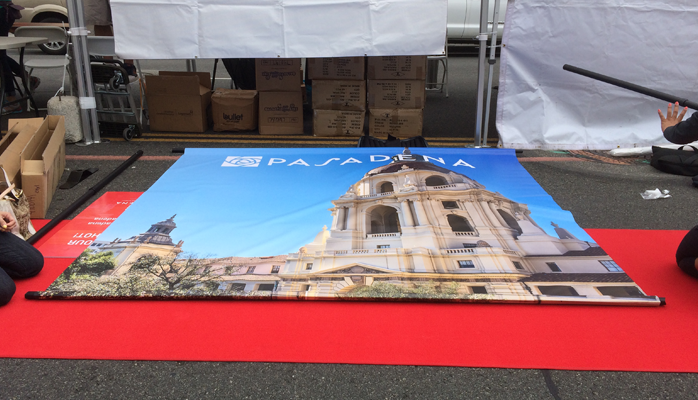 This year, we again had an opportunity to learn from an unexpected success. The Convention And Visitors’ Bureau put up a “Selfie Booth,” really just a couple of backdrops set up in the middle of the street. The banners were strategically placed next to the bands’ merchandise booth, so that fans could take pictures with their favorite musicians. Still, when I saw them setting it up, blocks from any stage, with no photographer, no one in charge, no props or costumes, I have to admit I thought, “What a waste of time.” I am very glad I didn’t actually say that out loud. =) 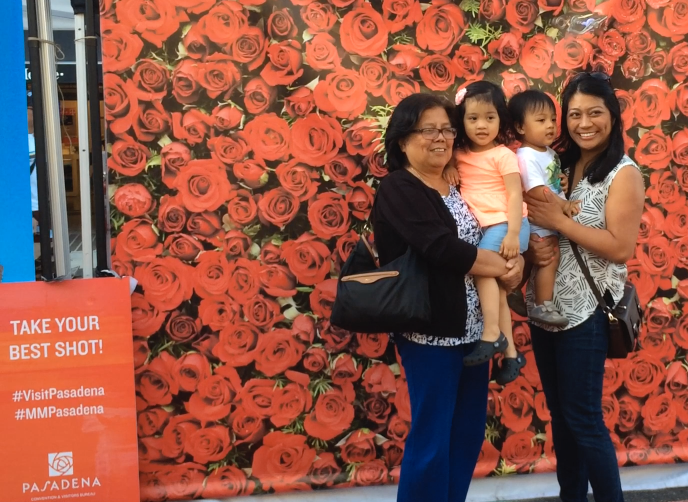 CVB Director of Marketing & Communications Christina Susa and her family

From the moment people started to arrive, they lined up to take their pictures in front of the banners. It started before the music, continued through the music, during the transitions from band to band. And one dynamic was totally unexpected. While there were some selfies and shots with the bands to be sure, by and large the people in line were enlisted to take pictures by total strangers. Who in turn took pictures of other people that they’d never met. It was an unexpected and totally spontaneous bonding experience that everyone enjoyed. 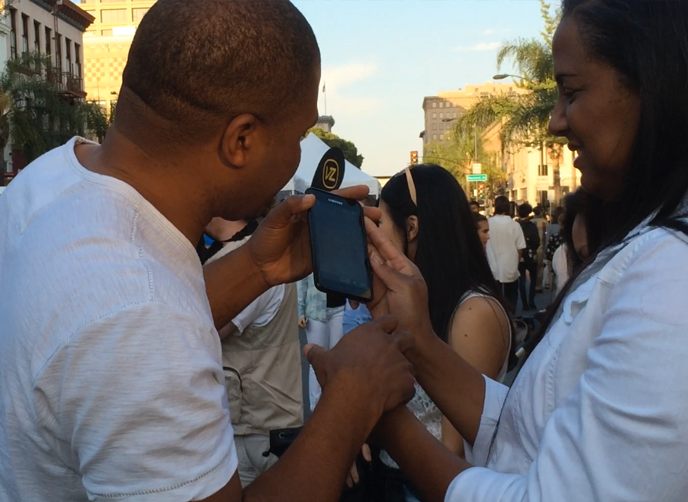 The many groups of friends, families and strangers all played off of one another. One subject leaned against the City Hall dome, and others showed themselves towering over it. Everyone wanted to top the subject in front of them. And then they would exchange roles, and the “model” would become the photographer, and coach the next shot. 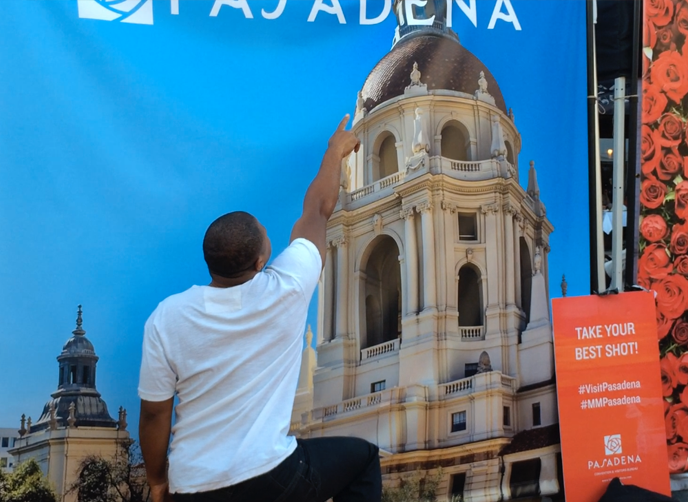 Along with the instant camaraderie, one other remarkable aspect of these banners was that they appealed to all-ages and demographics. Some visitors even stood in line for shots in front of the roses banner and immediately got in line for City Hall. From millennial chic cliques to 40-something moms on the town, they were all drawn to taking keepsake photos as mementoes to share with friends and family.
These backdrops were unquestionably successful in bringing people into the areas where local merchants had set up booths, and they were all quite pleased. However, the simple truth is the success was an accident. No one foresaw how popular they would become. More could have been done. For instance if there was someone in charge who could give out directions, or maps to the other venues, directions to Off Colorado shops and parking, or hints on the free transportation available, or where to relax with a sit down lunch at any of our over 100 restaurants, that would have been quite useful.