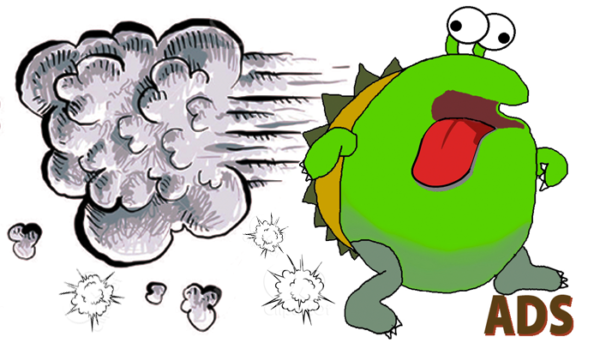 Ad blockers are evil. Ad blockers are great. It all depends on who you are and what you’re doing. If you’re browsing and an ad pops up that covers your screen and stops you in your tracks, then ad blockers are just what the doctor ordered. But if you’re an advertiser, and they stop you from getting your message out to your audience, they’re a menace. And a costly one at that.

According to a recent MediaPost Article, Ad blocking has reached an all-time high and is still climbing. They cite studies that show that 20% of adults are now blocking ads, and that is just on MOBILE devices  – 419 million smartphone users globally use ad blockers. The reasons? Well the standard justifications seem to be data consumption, load times and battery use. But if that’s true, then why don’t these same challenges stop users from watching Ted Talks and hours of adorable kitty videos. It’s a mystery. 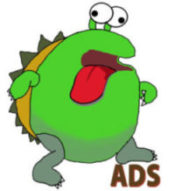 As it happens, research by the Global Web Index found that “only one third of mobile uses cite “page load times” as the reason for using their ad blockers, while just three in ten called out “battery life” as the motive for installing the software.

Even on desktops, where page load times and battery life are virtually meaningless, the ad blocker issue is fast becoming even more dire. A study by eMarketer “forecast that in 2016, 69.8 million Americans will use an ad blocker, an increase of 34.4% over last year. And in 2017, that figure will grow another 24.0%, to 86.6 million people.” Perhaps the challenge is not so much the existence of Ad blocking technology as it is how to convince people not to use that technology and encourage them to embrace your advertising.

Finally agencies and clients are beginning to come to terms with the fact that they can no longer ignore the “end user experience.” Before ad blocking, the audience had little choice but to see whatever you wanted to show them, and that was that. Ads would pop up, pop over, pop under and sometimes even freeze the screen. Now, consumers do have a voice about their web experience, and they’re saying NO. Emphatically. Now advertisers care. They’re forced to pay attention to what their audiences want and then create ads that resonate with them as opposed to ones that don’t. In other words, the end of online advertising as we know it.

The real reason most people block ads is reported to be that the ads are irrelevant, intrusive, often exasperating and almost always annoying. Such ads not only miss their targets, they irritate potential customers and they waste brands’ advertising budgets. This phenomenon was once referred to as “BADvertising.” 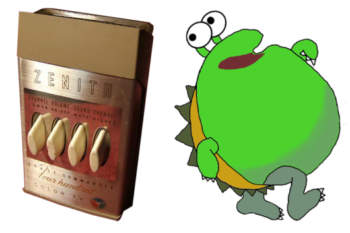 Video was once heralded as a breakthrough ad blocker workaround, but research now shows that, “81% of viewers mute videos, 62% are annoyed by pre-roll, and 93% are considering using ad blockers.” No surprise there. This kind of thing has been around since the grandfather of all ad blockers, the long cherished “mute” button, was invented back in the 50’s.

On the other hand, when audiences find something they want to see, that informs them, entertains them, helps them and makes them feel better, then ad blockers be dammed, they’ll find it, read it, watch it and enjoy it. If your audience is already looking for you, especially on your website, your social media: Facebook, Twitter, eblasts, Videos and Pinterest pages, etc., then ad blockers themselves are irrelevant. Technically, these are not ads; they are destinations.

Of course, actually getting your audience to those destinations may take a bit of advertising and persuasion (or as the many social media sites put it: “expanding” your audience – on their platform). And the more meaningful the content, the more your audiences identify with you and trust you. The greater the trust, the more likely they are to actively seek you out. And the more likely they are to exempt your ads from their ad blockers. At these destinations, you can show off your videos, animations, instructions, success stories, or anything that interests you and your target audience.  You can even share pertinent content that does not promote your own product or service. Share something that you know relates to you and your audience, and your voice becomes personal. In fact, the more you share with clients and potential clients that doesn’t promote your specific business, the more your audience identifies with you.

It is useful to remember that in the 50’s and 60’s, the so-called “Golden Age of Advertising,” there were numerous strategies designed specifically to combat that infuriating mute-button ad blocker. The two most prevalent competing were called “hard sell” and “soft sell” advertising. Leo Burnett famously dismissed both of those and clarified the entire issue with a simple phrase, “There’s no such thing as ‘hard sell’ and ‘soft sell.’ There’s only ‘smart sell’ and ‘stupid sell.’”

True then. True now. The key to beating the blockers is better, smarter advertising.