How to Promote a Daughter’s Survival Story 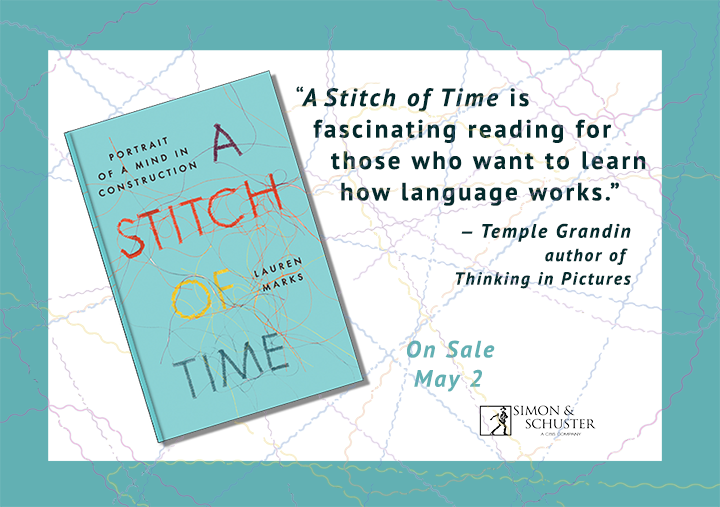 My assignment was simple: Market a story I hope no one else has to ever live through… but how.

Forget the terror. The late-night phone call from Edinburgh that announced a ruptured aneurysm in her brain – the 6000-mile race from Los Angeles to Scotland to be by her side when she awoke from surgery – the frightening tangle of tubes that fed her, kept her breathing and maintained an internal temperature low enough to survive deadly cranial vasospasms – the ever-so-slow signs of survival – and her devastating diagnosis. Aphasia.

In 2007, my daughter Lauren Marks suffered a brain hemorrhage that destroyed her Brocca’s area and shattered her ability to speak, read and write. The aphasia left her with a vocabulary of less than 50 words. Undaunted, almost immediately she began her struggle to recover. There is no cure for aphasia, however, on May 8, at Book Culture in New York City, Lauren will sign and discuss her new book “A Stitch of Time: The Year a Brain Injury Changed My Language and My Life!” You could say she’s recovering nicely.

I simply had to concentrate on what she focused on, her recovery. 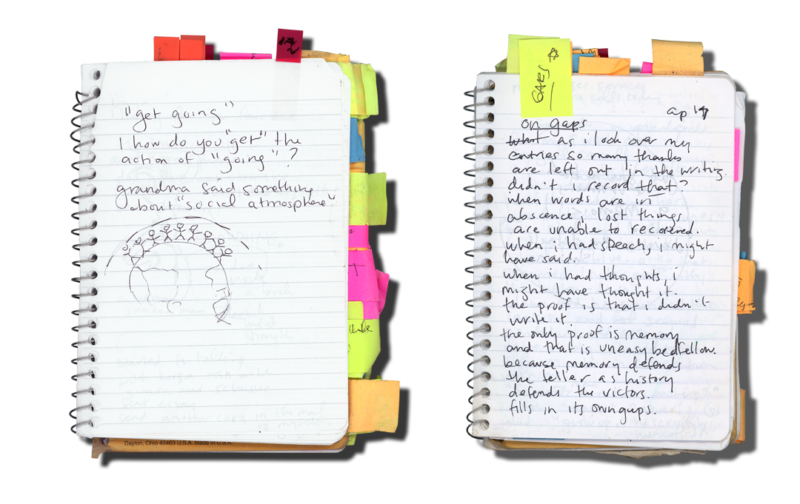 Journal entries from February and April of her first year of recovery.

At first, she could only write in fractured words and phrases, but she wanted to chronicle her recovery. A Stitch of Time is the remarkable result, an Oliver Sacks-like case study of a brain slowly piecing itself back together. We see her rediscover and reinvent her identity in the year following the rupture. Alternating between fascination and frustration, she re-learns many of the things we take for granted—reading a book, understanding idioms, even sharing a “first kiss”—and begins to reconcile “The Girl I Used to Be” with “The Girl I Am Now.”

I couldn’t ask for a better product to promote. It turns out that while Lauren was busy recovering, she became one hellova writer. Her syncopated prose never fails to drive me headlong through passages of hilarious personal stories peppered with whimsical excursions into the intricacies of neuroanatomy. Her wrestling matches with words, especially idioms, often gave me the giggles. She would scowl and adamantly point out the woeful lack of any similarity between idiomatic meaning and the actual words in the idioms themselves. She once asked me, “Is there anyone, standing anywhere, who is not literally “Head Over Heels?”

But this was not a trip down memory lane for me. Her reality for every part of that first year was different than mine. Her reality was unrestrained, unencumbered by the restrictions of language and communication that most of us never question. She questioned constantly, discovering the world day by day, touch by touch, word by repeated word. At the beginning, she was a baby linguistically. Intellectually and conceptually, she was the inquisitive PHD student at CCNY, the actor, writer, dramaturg, reviewer and daughter I had watched grow up (Aphasia can be insidious that way), and now I was watching her grow up all over again. And it was a thrill ride.

I was by her side the whole way, but it wasn’t until I read A Stitch Of Time that I saw, through her eyes, how her two worlds, the past and future Lauren, came into focus and how she defined her place in her new world. One thing that did not change from the past to the future Lauren was, is, and always will be, her passion. She is passionate about strokes, stroke victims and their families and, of course, aphasia and all language impairments. She insisted on making her “A Stitch of Time” website accessible to people suffering from language disabilities. The initial site, which she recorded herself, won numerous awards and praise from around the country and round the world. Her current site uses the latest text-to-speech and type-enhancement technology to broaden her language challenged audience even more.

I can’t praise her book highly enough. That is literally, absolutely true. I can’t. Nothing I say is ever going to convince anyone I am unbiased, which I’m not, or even that a father is the best person to promote his daughter. Luckily, there are enough people out there who are unbiased, and who have already said it better than I can, so I’ll just refer people to: Heidi Durrow, Ann Hood, and Temple Grandin. Or I could let people decide for themselves with her featured article in Nautilus Magazine. I could also refer them to her op-ed piece in the Chicago Tribune about single payer health care. Spoiler alert, she’s for it… probably because NHS saved her life and all – you know how passionate those survivors can be.

In case anyone would like to meet this remarkable woman, and of course, lives near New York City, Chicago, St. Louis or Los Angeles, here’s a little something for you. 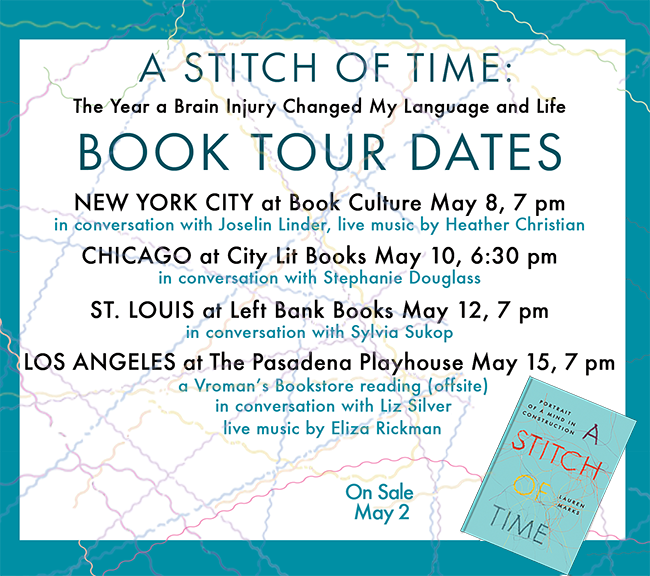 However, even if you can’t be at any of those places, you can still purchase the book right now at the Simon & Schuster page.