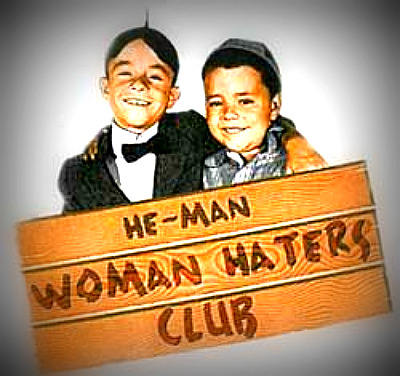 We were just reminded by Maddie Grandbois, Creative Director at Zambezi, just how important women are in creative direction. Her MediaPost article, “I Am The 3%,” refers to the mystifying fact that only 3% of advertising Creative Directors and senior executives are women. This despite the fact that women control over 70% of purchases. Her point, which I applaud, is that this sad fact is not something to be lamented, it is an opportunity. Well, no, duh. No one understands women better than women, so what’s holding things up?

Welllll, funny thing. When our agency appeared on AMC’s “The Pitch,” we saw first hand what was holding things up. Kat Gordon, founder of the 3% conference, sent us a cartoon that epitomized our experience: Nine men in a boardroom consider an ad targeting women, and one of them says, “If I were a 34-year old time=pressed mother of three, I’d want to see a little more cleavage in this ad.” Hilarious, but mainly because it’s true.

On The Pitch, the 3 men representing our “client” admitted they had “trouble connecting women.” They explained that over 65% of their customers were women, but that unfortunately they mainly bought products for the men in their life and not for themselves. That means, although the men’s department and women’s department occupied the same sales floor, the majority of those female customers ignored the women’s fashions… on the other side of the cigar accessories counter (don’t get me started).

No woman ever could stand on that floor and not immediately see the problem. The team our CEO Suzanne Marks put together built on the client’s “Island Lifestyle” image and added anticipation with a hint of sexy which they described as a retail romance novel just for women. Then they targeted them in fashion magazines, blogs and mobile apps, places where we knew they’d be looking, both real and virtual.

In the end, the 3-man client team, despite believing that our campaign worked better, felt more “comfortable” with the 3-man team from the other agency. Of course this was reality TV, so nothing was real, but there was that glimmer of truth. Men who have trouble connecting with women will choose the familiarity of other men over a concept they perceive as more effective and profitable.

The real hold-up to putting women in charge goes beyond agencies and clients. It’s an all-pervasive boy’s club mentality that costs companies and their investors millions. The real question is just how much is men’s comfort and familiarity with other men actually worth. Sooner or later investors (who do love increasing return on their investments more than anything or anyone) have to notice that women know how to connect with pocketbooks better than men.

Fiscal irresponsibility can’t last forever. In this economy, those who figure it out first will profit most.